A puppeteer with a mysterious secret to bring inanimate objects to life draws the attention of the Nazis who are losing the war and want to use Toulon’s secret to resurrect their dead soldiers.  Toulon goes on the lam with revenge on his mind after his wife is […] 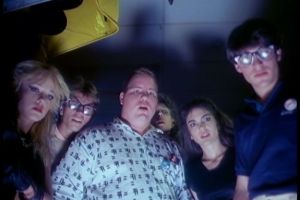 Shaun vs. Sorority Babes in the Slimeball Bowl-O-Rama (1988)

A pair of sorority pledges, a trio of dweebs and a bad girl must join forces to fight a genie-like imp from killing them inside the bowling alley he was held prisoner in.  Say whaaa? 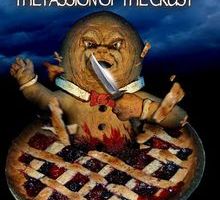 Directed by Silvia St. Croix Starring K-von Moezzi, Kelsey Sanders and Joseph Porter A failing low-budget movie studio is on the verge of bankruptcy if the son of the former studio’s owner can’t turn the next film, which is already in shambles, into a hit.  The scenario gets much […]

Directed by Fred Olen Ray Starring Jay Richardson, Linnea Quigley and Gunnar Hansen Released March 1998 Rated R A private eye is hired to find a missing girl who winds up being a part of an ancient Egyptian cult of chainsaw worshippers who are prostitutes who sacrifice their clients […]

Directed by David DeCoteau Starring Brinke Stevens, Linnea Quigley, and Michelle Bauer A trio of dumpy sorority sisters invite equally dumpy looking fraternity men to a party but wind up getting possessed by succubi who want nothing more than to suck….the life out of men.