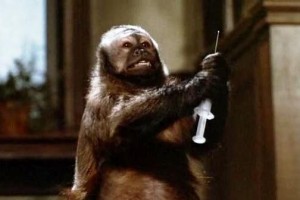 Directed by George A. Romero Starring Jason Beghe, John Pankow, Kate McNeil and Boo the monkey After getting hit by a car, a quadriplegic man gets a helper monkey from his scientist friend who is actually performing tests on it to make it smarter.  The monkey develops feelings for […]

Shaun vs. The Sleepaway Camp Series

The mid-80’s were a tough time for a horror movie, it was a very crowded genre with a new release coming out almost every other week, or so it seemed.  It took a lot for a movie to look different from the others, which all look alike after […] 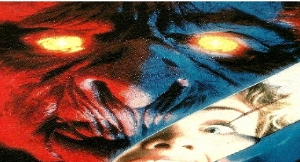 A group of teens stay at an old campground and get killed off one by one by a creature in the night.  Sounds familiar?  Maybe an Italian twist on it can make it better?  Click below to find out!