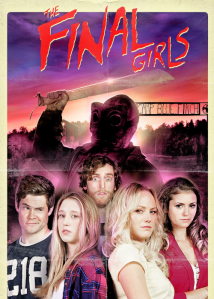 Three years after her actress mother dies in a car accident, Max (Farmiga) is blackmailed into attending a screening of her mother’s (Akerman) most famous film, a camp slasher called “Camp Bloodbath.”  After a fire breaks out, Max and her friends attempt to escape through the movie screen only to find themselves inside the movie as extra victims for the movie killer, Billy, while Max does what she can to make sure the character playing her mother stays alive until the credits roll. END_OF_DOCUMENT_TOKEN_TO_BE_REPLACED