A ten-year old girl, bruised and bloodied, escapes from a house and eventually is found and put into foster care not saying who did these things to her only talking to another girl her age.  Fifteen years later, she has some serious demons and is looking for revenge and brings her friend along to help but revenge is only the beginning. 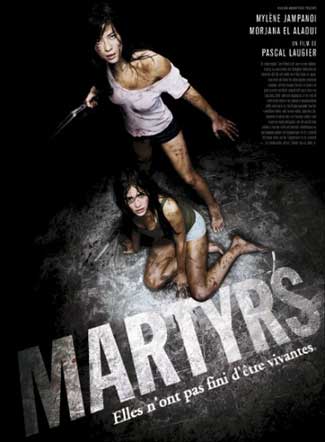 – Yes it’s another French horror film, deal with it.

– So we got a couple women in a dark basement looking up at us.  I feel their eyes judging me.

– They’re just a little dirty.  What’s the worst that could happen?

The film opens with Lucie, the little girl who was severely abused and winds up escaping her home of pain and torture.  She’s put into an orphanage and makes friends with a girl named Anna, who helps Lucie through her demons as they grow up.  You begin to think it’s one of those movies where the main character might be seeing things or she’s just crazy as we see Lucie attacked by a creature from time to time.

Lucie hunts down who she believes wronged her when she was younger though we just see a regular family sitting at the dinner table.  Believing the demons will go away after killing them, Lucie unloads shotgun blasts killing the entire family.  However, the creature still exists and goes after Lucie though through Anna’s eyes we see the truth: Lucie is really hurting herself, there is no creature.  Lucie realizes she’ll never be free from her psychological terror and slits her throat.  While that certainly sounds like the movie might be over it’s really only just beginning for Anna. 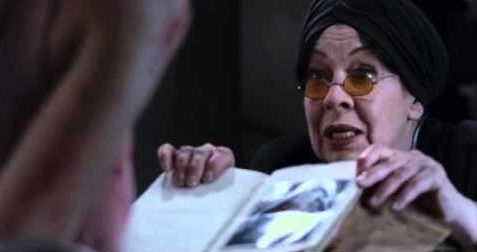 Anna sticks around the house in shock and walks around only to discover a secret entrance and discovers a woman in a terrible state of living.  Covered in scars, skinny from being underfed and deprived of several senses, Anna tries to help this poor woman as a mysterious convoy shows up to the house and needless to say they have a hard time trying to figure out what was going on.  They shoot the tortured woman and they wind up taking Anna hostage.  An elderly woman, who only goes by the name of Mademoiselle, explains to Anna just what they were doing with Lucie years ago.  She was to be martyred.  She shows Anna various pictures of women who were tortured and beaten beyond belief, all for a singular purpose.  The martyrs are put through so much that they can teeter on the brink of death and are able to see what’s beyond our world.  And they’re in immediate need of a replacement martyr and based on what we’ve seen, it doesn’t look good for Anna.

Well, I can easily report that Martyrs is really messed up.  The movie pulls you in several directions as it begins as a psychological thriller then part way through the story turns into something almost out of Hellraiser.  The film is unrelenting in its violent nature up until the very end.  Anyone looking for their gore fix will certainly get it here with shotgun wounds, a litany of torture scenes, peeling off skin…this movie is not for the faint of heart and anyone looking for a cheerful ending are going to be very depressed by the time the credits roll.

Story: 7 – A secret society tortures women to near-death to learn the mysteries that lie beyond death.  It’s pretty heavy but also an excuse to show massive amounts of bloody torture.

Blood: 9 – The camera and effects guys don’t shy away from showing blood and guts any chance they get and the results are not for the faint of heart.

Nudity: 1 – No offense to the women in this movie but the nudity is not tantalizing in the least when paired with the torture scenes.

Overall:  8 – It’ll suck you in until the end, give it a shot as long as you can deal with subtitles.

-Director Pascal Laugier has stated the violence is partly inspired by Hostel.