A few months after being attacked by a werewolf, a man visits his sister while hiding what he’s become although the family dog is suspicious of him and will protect his family at any cost. END_OF_DOCUMENT_TOKEN_TO_BE_REPLACED

Count Dracula has come to America after intercepting Frankenstein’s Monster in an airplane.  Along with the Mummy, Wolfman and Creature from the Black Lagoon, they will rule over mankind.  The only thing stopping them is the Monster Squad — a group of pre-teens who know their horror movies. END_OF_DOCUMENT_TOKEN_TO_BE_REPLACED 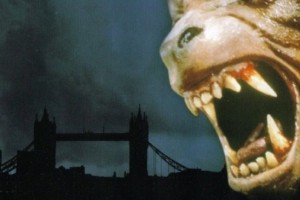 Shaun vs. An American Werewolf in London (1981)

A pair of American tourists travel the British countryside and get attacked by a creature, killing one of them and mangling the other.  The one that lives is then haunted by his buddy who informs him that he may be a werewolf.  Bollocks! END_OF_DOCUMENT_TOKEN_TO_BE_REPLACED