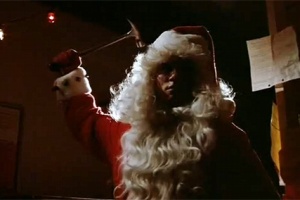 A young boy gets some major psychological scarring after his parents are killed by a man in a Santa suit, takes a tour through an orphanage with a stern nun then when forced to don the suit himself at a job, he loses it and decides to punish anyone he runs into that is “naughty.” END_OF_DOCUMENT_TOKEN_TO_BE_REPLACED