A young man attempts to get back at a gang through the use of black magic but is killed before he can seek his vengeance.  However, an evil clown shows up in the ‘hood after his death and carries out the boy’s revenge. 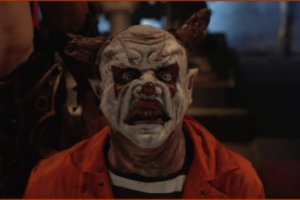 Directed by John Lechago Starring Trent Haaga, Victoria De Mare, Al Burke and Tai Chan Ngo On the charges of not being evil enough, demon clown Killjoy is pulled into the courts of Hell and put on trial.  Now he has to rely on his minions, Freakshow, Punchy […]