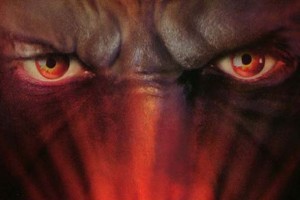 Strange things are afoot at the Millennium Building where someone or something seems to have taken control of the buildings’ elevators and killing anyone it wants.  A sentient killer elevator movie?  Wow… 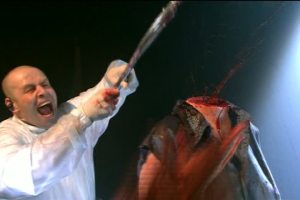 Directed by Maurice Devereaux Starring Jerry Spiro, Neil Napier and Sarah Joslyn Crowder A group of Americans on a Japanese reality TV gameshow must fight to survive the night not only against each other but also against the stars of the show: a trio of masked killers.  Will […]

Directed by Victor Salva Starring Justin Long, Gina Philips, Patricia Belcher and Jonathan Breck Two college students taking the scenic route home for Spring Break are attacked by an unknown assailant in an old truck.  They initially get away but curiosity gets the better of them and now […]

Shaun vs. The Wishmaster Series

idea behind “Wishmaster” may not be the most original, but at least in the right hands it could be imaginative and entertaining.  And it was!  Unfortunately in the wrong hands, it can turn into a big turd.  In this case, the series came out with three turds out […]