A puppeteer with a mysterious secret to bring inanimate objects to life draws the attention of the Nazis who are losing the war and want to use Toulon’s secret to resurrect their dead soldiers.  Toulon goes on the lam with revenge on his mind after his wife is […]

Directed by David Allen Starring Elizabeth Maclellan, Collin Bernsen, Steve Welles, and Charlie Spradling Running dangerously low on juice, the puppets of Andre Toulon use what’s left of their magic elixir to bring their master back from the dead to make more all the while paranormal researchers are […] 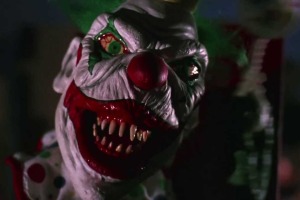 A cop, a watchman, a chicken delivery driver and a homeless lady fight off tiny demonic terrors who kill at the whim for a demon that wants to be reborn in a new body.

Directed by David Schmoeller Starring Paul Le Mat, Irene Miracle, and William Hickey A network of psychic friends converge on an old hotel to find a colleague of theirs had killed himself after discovering the secret of Andre Toulon’s puppets only to be attacked by the puppets themselves […]

Directed by Ted Nicolau Starring Corey Feldman, Vanessa Angel and Danielle Keaton A hot but evil toy creator makes a deal with a demon to kill millions of people on Christmas Day with demonic toys and only Corey Feldman and a handful of puppets can save the world.