I've been a lover/hater of low budget filmmaking from an early age, always amazed by the types of films that got released, either theatrical or more likely direct to video, and I like to shine a spotlight on them for better or worse.

A couple of young surfers find out that they are descendants of tropical royalty but must dethrone an evil dictator in order to claim their birthright.

An intergalactic warrior named Shep Ramsey crashes on Earth until he can recharge his ship so he gets to know the neighborhood and save the day from the bounty hunters coming for him.

World Heavyweight Champion and all around good guy Hulk Hogan Rip Thomas is put to the ultimate test by an irate network executive with a competing wrestling program with a challenger in Zeus who wants to make the fight all too real.  Because it wasn’t before?  Wrestling’s fake??

Blinded before being executed for their unholy acts, undead Templar Knights are awakened in present time and return to their killing ways though they must hunt by sound.  Can our heroes tiptoe their way to survival?

Elvira hosts a compilation film showcasing some of the goriest and grisliest kill scenes ever committed to film.  Get ready to have nightmares.

A few months after being attacked by a werewolf, a man visits his sister while hiding what he’s become although the family dog is suspicious of him and will protect his family at any cost. 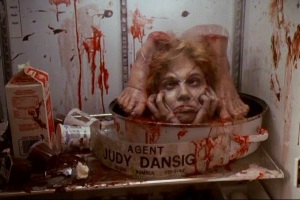 Shaun vs. The Vagrant

Bill Paxton plays a yuppie office worker who purchases a home in a not-so-great neighborhood.  The vagrant squatting in his house is driven out but makes it his business to turn the yuppie’s life into a living hell.

Tired of seeing Earth children get all the Christmas fun, some Martians decide to kidnap Santa so that he can bring yuletide glee to Mars though one Martian in particular wants to do away with the jolly elf altogether. 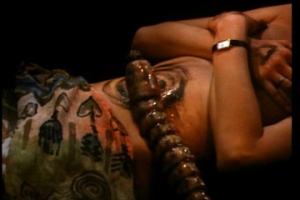 A reporter investigating the mysterious death of a woman leads her to a coven of witches who are planning to use her in a ritual on Christmas Eve. 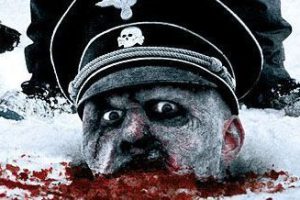 Partying in the mountains of Norway, a group of students find some Nazi booty which has the odd effect of re-animating the corpses of the Nazis that rightfully stole that loot in the first place and they want it all back.