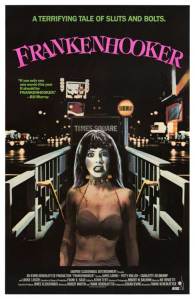 After losing his wife in an unfortunate radio-controlled lawnmower incident, Jeffrey (Lorinz) is determined to bring his wife (Mullen) back to life — and improving her body — by getting the body parts from the neighborhood hookers that work the nearby streets.

A terrifying tale of sluts and bolts.

During a birthday party for his fiancée’s father, Jeffrey is away from the crowd working on his latest bizarre creation: a brain with an eyeball.  Jeffrey’s is actually a general electrician but has a strange side hobby working on human body parts.  His fiancée, Elizabeth, convinces him to come outside and mingle while she gives her father the present Jeffrey crafted which happens to be an RC lawnmower.  While she shows off how it works, she accidentally runs herself over with it with obviously disastrous results that breaks Jeffrey’s already fragile mind.  I think I can guarantee you’ll know if you’re going to like the movie before the credits roll. 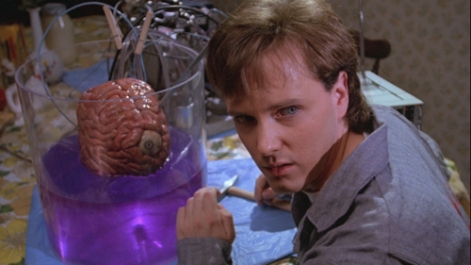 What do you mean this is weird?

Devising a plan to bring his precious Elizabeth back, Jeffrey has squirrelled away some her supposedly missing body parts in his freezer.  The rest of the parts he plans to get elsewhere so his perfect woman is as perfect as can be.  During a brain storming session involving an electric drill, he figures his best bet at getting the parts he’s looking for are the beautiful hookers of Manhattan.  He strikes a deal with a tough pimp named Zorro to arrange a “fashion show” so he can choose which women he likes and even goes so far as to develop what he calls super crack, which kills the victims by blowing them up.  The deal goes sour when Zorro interferes yet Jeffrey gets away with the parts and finally puts together his perfect version of Elizabeth who is subsequently brought back just like in Frankenstein, like you’d expect. 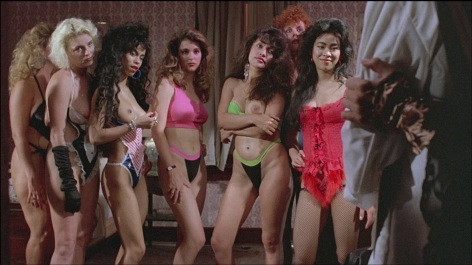 And if things couldn’t get any worse, Elizabeth breaks out and goes on a hooker rampage as she goes all over the streets of New York looking for clients by repeating dialogue previously spoken by the prostitutes that she’s made of.  She easily convinces some poor sap into going into a room with her but the only thing that’s sexually transmitted is a few thousand volts and is ultimately blown up because electricity does that in film sometimes.  Zorro and Jeffrey both track her back to her home where the movie gets even more absurd, right up to the ending credits. 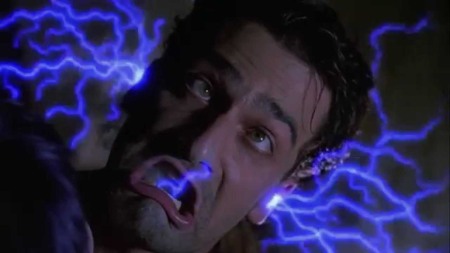 If he had worn a rubber this wouldn’t have happened.

The practical effects may be a mixed bag at times but considering the type of film I’m watching and the budget involved, they’re more than adequate and fill their gruesome purposes well.   They also provide a few extra laughs when the camera isn’t focused on James Lorinz’s manic performance as the nutbar/idiot savant/electrician, Jeffrey.  Lorinz has to balance the character as both a well-meaning person yet he’s an evil genius who intends to kill people no matter how he frames it. 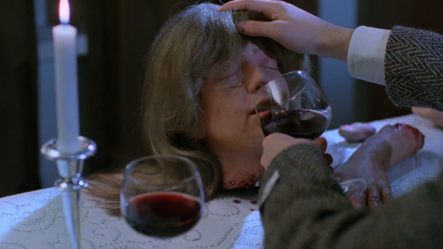 This is like an ICP song come to life.

Director and writer Frank Henenlotter (Basket Case trilogy, my Brain Damage review) has a short filmography but each film of his that I’ve seen can easily be described as “delightfully absurd” but not for the easily offended or weak stomached.  That’s par for the course for a Henenlotter film so you’re either on board and will like it or you’ll turn it off after fifteen minutes.  Those who stay the course still won’t be prepared for the amount of gruesome yet memorable scenes they are about to witness; one of my favourites had to be when the head of one of the prostitute’s is blown off and strikes an unsuspecting Zorro rendering him unconscious.  Maybe I shouldn’t have admitted to that, but there’s much worse that I enjoyed in the movie as well.

Blood: 8 – While not actually bloody most of the time, the film does contain quite a bit of violent imagery.

Nudity: 9 – Lots of toplessness to go around though by the end of the scene you’ll see why the film’s “Blood” score is so high.

Overall: 7 – If you can appreciate the film’s disturbing sense of humour, you too may enjoy the cult classic that is Frankenhooker.

–Frankenhooker‘s initial release was delayed because of difficulty obtaining an R rating from the MPAA; the director recalls that one representative of the ratings body actually said, in a phone call to the production company’s secretary, “Congratulations, you’re the first film rated S.” And she said, “S? For sex?” And they said, “No, S for shit.”