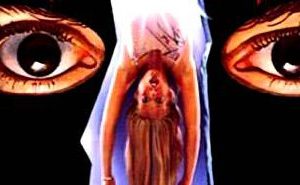 On the night of the big prom, a group of teenagers who were involved in a deadly accident years prior are targeted by someone with vengeance on their mind.

After mysterious, egg-like objects capable of blowing up bodies are found on a derelict ship, a mismatched trio investigate where they came from and come to realize the eggs may be “Alien” in origin.

Directed by Kevin Connor Starring Rory Calhoun, Paul Linke, Nancy Parsons and Nina Axelrod A seemingly friendly farmer and his sister kidnap unsuspecting travellers and bury them alive, using them to create the “special ingredient” of their famous roadside fritters.

Directed by Lamberto Bava Starring Bernice Stegers, Stanko Molnar and Veronica Zinny One fine day, a woman sneaks off to be with her lover, leaving her children home alone, but after her son drowns and her lover is killed in a subsequent auto accident, she loses her marbles and gets sent to […]

Directed by James Wasson Starring Joy Allen, Rick Fields and Bob Collins An anthropology professor brings a group of his students into a forest in search of the existence of Bigfoot.  They’ll wish they hadn’t bothered because not only do they find out that yes, there is a Bigfoot, he’s […]

Directed by David Hess Starring Jennifer Runyon, Forrest Swanson and Linda Gentile A few years after a hazing went wrong and cost a girl’s life, the sorority house where it happened becomes the target of a killer dressed as Santa who’s out to slice and dice the girls […]

Directed by  Marino Girolami Starring Ian McCulloch, Alexandra Delli Colli and Donald O’Brien After discovering a small number of corpses in hospitals have been eaten by immigrants from a far off cannibal island, an expedition is led to investigate further into the matter.  I was led to believe […] 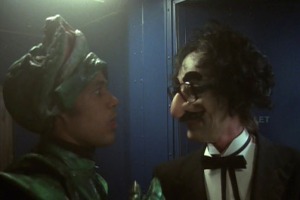 Directed by Roger Spottiswood Starring Jamie Lee Curtis, Ben Johnson and Derek MacKinnon It’s New Year’s Eve and the last big party for a college fraternity that decides to go out with a bang with a shindig on a train.  Unfortunately there’s a killer on the train who […]